Tiffany Bass Bukow is an experienced social entrepreneur whose businesses have revolved around positive societal metamorphosis. She has focused her attention on empowering women and families to live healthy, happy, peaceful and financially secure lives. In the last 10 years, Tiffany has raised money from investors within the venture capital community to implement her life’s passions into self-sustaining companies that have a philanthropic focus.

Tiffany and her team of 30 employees, built MsMoney.com to become one of the most popular personal finance web site for women and families. It provides money, career and life skills content that would fill 10 books, and interactive tools, calculators, and seminars that make learning fun.

MsMoney.com has had over 3 million visitors since it was launched with the help of the First Lady Hillary Rodham Clinton. Over 10,000 web sites refer their viewers to it for valuable financial education. MsMoney.com has received great reviews from Business Week, Time Magazine, and USA Today, and was featured in The Wall Street Journal, Forbes and Fortune.

Tiffany’s newest company, Shine Media, supports the creation and marketing of uplifting television, radio, music, websites, blogs, books and other types of entertaining media that help people and the world shine. Her prior venture, Thrive Media, she sold to one of the largest media companies in the world in January 2007. Tiffany is able to apply her love of music as an Executive Producer for a positive music label that brings joy and motivation to listeners who are looking for more out of life.

By sharing her life and business knowledge, Tiffany has inspired millions of people through TV and radio appearances, public speaking, articles and books and her Blog. She is from humble beginnings and understands first hand the compassion and action needed to create a thriving world.

Tiffany has used her CEO experience as a foundation to personally mentor and coach innovative women. For the last 7 years, Tiffany has been a business coach for women entrepreneurs that are part of a business success organization, Astia, that MsMoney.com also belonged to. Tiffany has helped founders and C level executives with their business plans, marketing, strategic planning, presentation skills, networking, and fundraising. Through Astia, entrepreneurs have raised hundreds of millions of dollars from venture capitalists and angel investors in addition to honing their business skills and networking connections. Tiffany served 5 years on the Advisory Board and has been instrumental in strategic marketing and branding for Astia, formerly named The Women’s Technology Cluster. Tiffany also used her start-up savvy as a business plan judge for the 2007 Global Social Venture Competition and on the Founder’s Panel at the Astia Venture Conference, where over 60% of presenters received funding.

Philanthropy is an important part of Tiffany’s business and personal life. She has been a board member, fundraiser, mentor, and donor for many non-profit organizations that focus on the environment, women, peace, and education. Tiffany believes education is one of the most important pursuits throughout one’s life. She has spoken at many of the top Universities, including Stanford University and Haas School of Business at Berkeley, about educational excellence, life planning, balance, and of course financial freedom.

Tiffany obtained the domain name MsMoney.com and started her journey to revolutionize the way that Americans thought about their finances and saving for the future. Tiffany raised millions of dollars in capital for the business and hired a team of experts that would help create a premier money web site. The First Lady Hillary Rodham Clinton made a visit to the WTC and Ms.Money offices and helped Tiffany launch www.MsMoney.com to the world. Watch the launch video as Hillary cuts the Ms.Money virtual ribbon live on TV with CEO Tiffany Bass Bukow.

Often called “Ms.Money”, because she is a passionate advocate for financial health, Tiffany is a sought after guest by television and radio shows and has appeared in hundreds of articles. She hosted a pilot for a money makeover reality TV show in London called Live Your Life at Half the Price. She was a monthly guest money expert for the live TV show Call for Help; broadcast in 40 million households in 70 countries. Tiffany’s was featured in a TV segment on financial tips, called Prescription for Financial Health; broadcast in 250 local news markets and 80 million households. She also appeared on ABC News with Peter Jennings, the PBS News hour with Jim Lehrer, PBS’s Digital Think, and on CBS News.

Tiffany was a host for Sony’s Redband Radio Money Talk Show. She wrote a monthly column, about teaching people how to thrive in their lives, which was read by 200,000 newsletter subscribers and also published by ABC News Online reaching millions more. Her writings on what it takes to succeed and have it all in life were also published in a book. She is currently working on two additional books and is a frequent public speaker.

Prior to Ms.Money and Thrive Media, Tiffany spent 5 years as President of Tiff.Com, a web site design and Internet consulting company. As one of the earliest web pioneers, she was affectionately called “Tiff Dotcom” by her friends. She had dozens of Fortune 500 clients such as AOL, Microsoft, Sun, Bechtel, Lucent, and Xerox that relied on her company’s top notch consulting services for their Internet needs. Tiffany worked with one of the original social networking companies, The Imagination Nework: a virtual world where people came together to design their avatars and play interactive games with other members. During graduate school, before Tiff.Com, Tiffany spent time as a computer game developer and educational software designer.

Tiffany has a Master of Arts Degree in Instructional Technology with a focus on web site development and video production. She has a Bachelor of Science Degree in Business and Marketing.

Throughout her career, Tiffany has been a member of the FWE: Forum for Women Entrepreneurs, BAWFT: Bay Area Women In Film and Television, FAF: Film Arts Foundation, WIT: Women In Technology, and on the Board of the AWIC

Association for Women In Communications. She has also been active with the NAWBO: National Association of Women Business Owners, FWA: Financial Women’s Association and on the Advisory Board of the WTC: Women’s Technology Cluster. 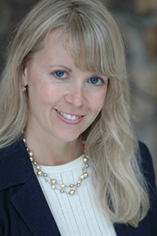