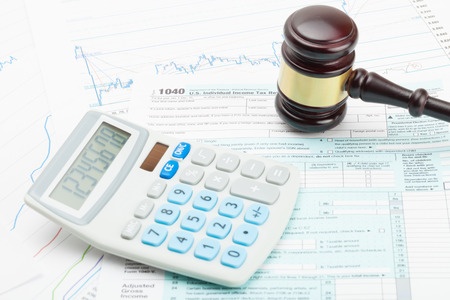 Before learning the core basics of tax planning, it is helpful to start with an explanation of the basic elements of the U.S. tax system. Once you grasp their meaning, you can more effectively negotiate the tax system.

The form that you fill out when you start a job is called the W4 form. This is where you list your “withholding allowance information,” which is no more than an estimate of how much you’re going to owe at the end of the year (based on predicted income minus predicted deductions and exemptions). On the basis of this estimate, your employer deducts a certain amount of money from each paycheck for taxes. This amount is your withholding.

At the end of each tax year (January), your employer is required to send you a W2 form that reports exactly how much you made and how much was withheld for taxes. The W2 and W4 forms contain most of the information that people need to file their income tax. It excludes information regarding income from investments, itemized deductions, other taxes, and tax breaks that don’t apply to everyone (i.e., the yacht tax).

Exemptions are the amount you can subtract from your income (thereby reducing the portion of your income that can be taxed) simply for being alive, married, and/or having kids (or more precisely, dependents).

AGI is your total earned and unearned income from taxable accounts. To calculate it, add up the following:

Then subtract the following:

This equals your AGI minus your personal exemptions, deductions, and tax credits. This is the figure you use to calculate your tax.

ARTICLE: US News shares 10 Bizarre Tax deductions. Do you qualify for any of these?

VIDEO: How to Get All the Tax Deductions Possible When Filing